Let’s face some realities – traffic is getting worse, gas is getting more expensive, and you could use some exercise. How can you take care of all these issues at once? With an electric bike (eBike.) eBikes offer a great way to cut down your commute, make quick local trips, see more sights at your vacation destination, and get off your butt.

If you’ve been interested in an eBike you might have a reasonable question – how do electric bikes work? Let’s learn the ins and outs of eBikes including what separates them from traditional bikes, what type of components are used, and the range of eBike features and options. 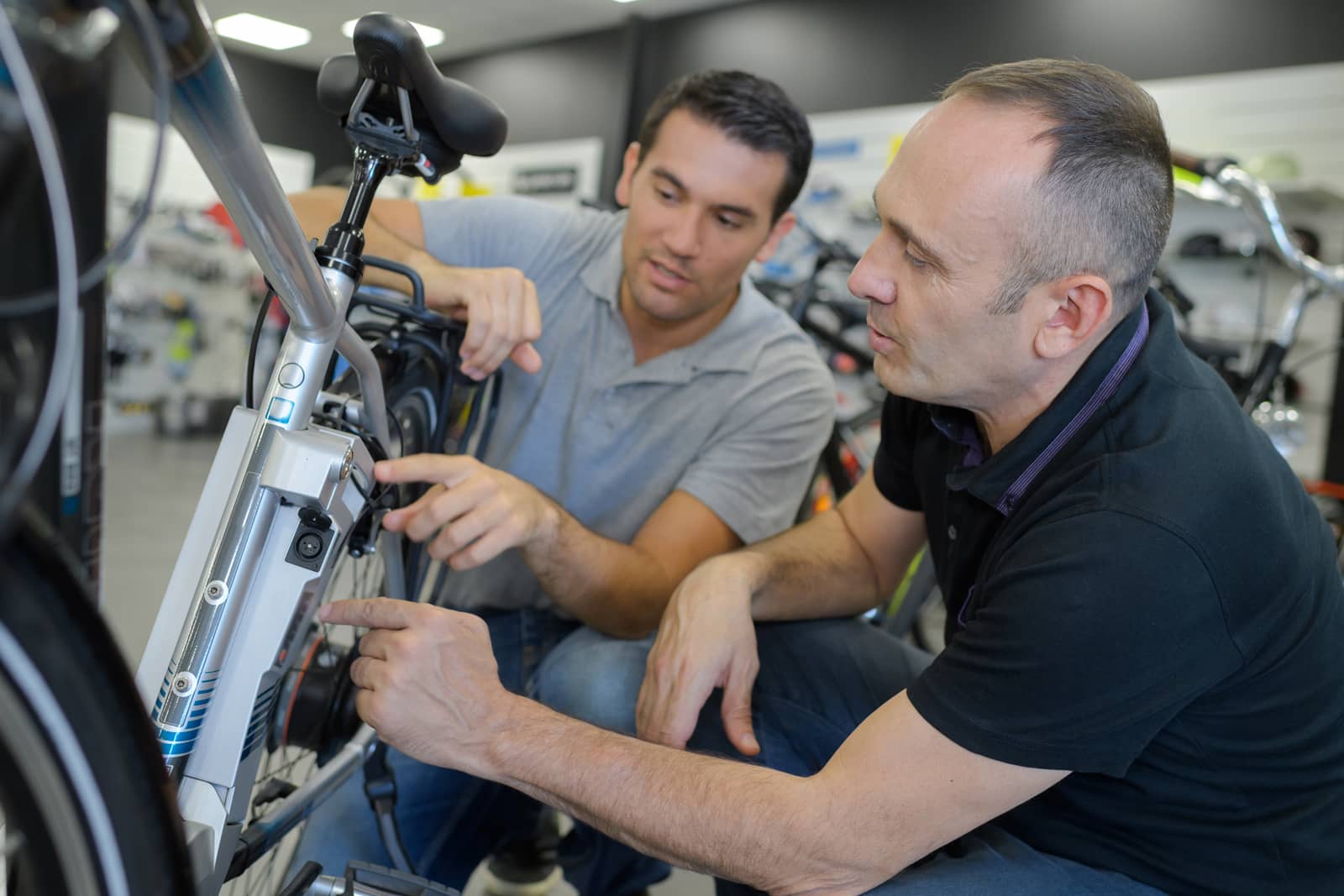 How Electric Bikes Work: The Basics

eBikes work in the same general way as conventional bikes – pedals are turned, which drives a chain and gear system, which turns your wheels. The primary difference in eBikes is the bike’s motor can do some of that pedal turning work instead of the rider.

An eBike motor can be integrated directly into the crank and gears or ‘hubbed’ into the bike’s back wheel. During pedal-assist modes the cyclist works together with the motor to push the rider forward, making for an easier ride. The same way a motor can turn a cart into a Go-kart, a motor can turn a bike into an eBike.

The Modern eBike Motor and Battery

Take a normal bike, toss on a motor and battery, and you now have an eBike. The motor and the battery are the major dividers between conventional; and electric bikes, so let’s learn more about how they work.

Get Going on a New eBike

The modern eBike uses a lightweight, compact, but powerful motor and battery to assist cyclists in a variety of different environments and for much longer than a conventional bike. eBikes have added features like better suspension and superior braking so you can control the horsepower. If today’s eBike sounds right for you contact or stop by Volta Cycles and start shopping for your eBike today.